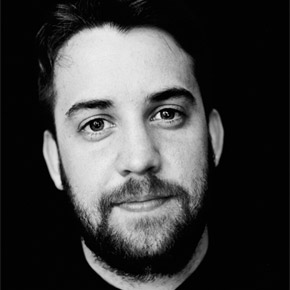 Australian violinist Glenn Christensen was born and raised in the regional Queensland town of Mackay, where he received his early music education through the Suzuki Method with local teacher Diane Powell. Glenn then studied with Michele Walsh at the Queensland Conservatorium, Griffith University and graduated in 2011 with a Bachelor of Music, First Class Honours. He was also the first person ever to be awarded the three highest prizes – the Conservatorium Medal, the Music Medal and the University Medal.

Glenn is in demand as a soloist, chamber musician and guest principal musician in Australia and internationally. He currently holds the position of Principal 2nd Violin with Die Deutsche Kammerphilharmonie Bremen, prior to which he was a full-time member of the Australian Chamber Orchestra from 2014 to 2020, and Principal First Violin in the Queensland Symphony Orchestra from 2012 to 2014. He has appeared as guest concertmaster with Die Deutsche Kammerphilharmonie Bremen and the Queensland Symphony orchestra on multiple occasions, and was the Concertmaster of the Australian Youth Orchestra in 2012 and 2013. Glenn was an Australian Chamber Orchestra Emerging Artist in 2012.

As a soloist, Glenn has performed with the Australian Chamber Orchestra and the Queensland Symphony Orchestra on multiple occasions, most recently for the Australian premiere of Anna Clyne’s “Prince of Clouds”. He has had performance broadcast live on ABC Classic FM, was a finalist in the 2014 ABC Young Performer Awards, and in 2009 won every category in the prestigious Kendall National Violin Competition. Glenn is also the violinist in the Lyrebird Trio, which won both the audience choice prize and the Piano Trio prize in the 2013 Asia Pacific Chamber Music Competition.

Glenn has appeared at festivals and masterclasses around Australia and internationally, such as the Musica Viva Festival, Bangalow Festival, Port Fairy Spring Music Festival, Tyalgum Festival and the International Musician’s Seminar, Prussia Cove. In 2018, with a lot of help from family and friends, Glenn started the annual Mackay Chamber Music Festival.